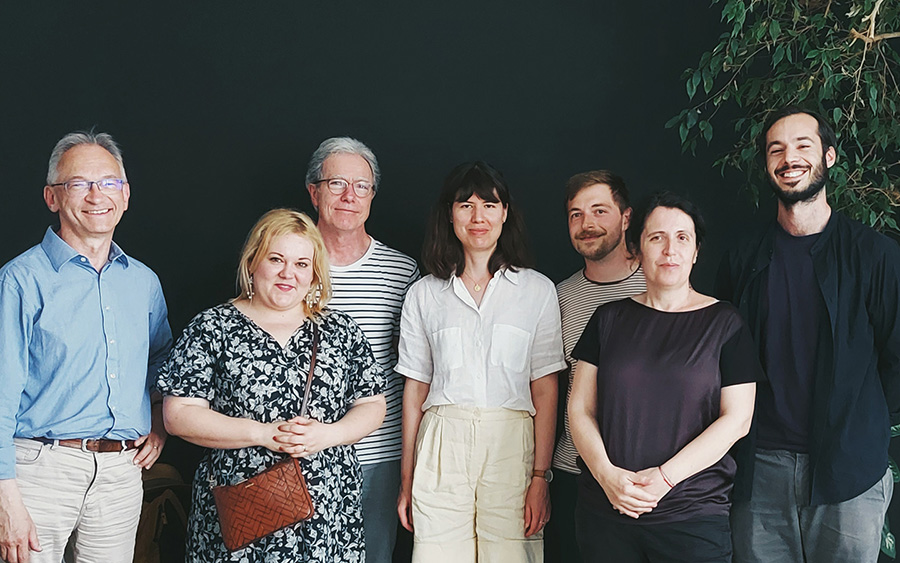 As part of the project activities, the first visit of the Hungarian research team to Zagreb and Rijeka was held from 27 to 30 June 2022. During the four-day stay, the Hungarian colleagues András Ferkai, Pál Ritoók, Ágnes Anna Sebestyén and Eszter Baldavári – accompanied by Tamara Bjažić Klarin and Boris Dundović – visited the most important works by both Hungarian and Croatian architects built from the end of the nineteenth century until the Second World War. The key buildings visited in Zagreb included the Headquarters of the Union of Croatian Craftsmen Associations, School of Public Health, Croatian State Archives, and residential architecture of Novakova Street, while in Rijeka the team visited the newly opened building of the Rijeka City Museum (former Sugar Refinery Palace), the Maritime and History Museum of the Croatian Littoral (originally the Governor’s Palace), Adria Palace, Palace of Justice, the Rijeka Railway Station, etc.

On Thursday, 30 June, the team also visited the Liszt Institute – Hungarian Cultural Centre in Zagreb, where they held a short meeting with Zoltán Thuróczy, Ph.D., Secretary for Culture of the Hungarian Embassy in Zagreb, and saw the exhibition Architectural Echoes of Transleithania: Hungarian Architecture of the 19th and early 20th Centuries in Present-Day Croatia, authored and curated by Boris Dundović, which is one of the first results of the bilateral project.

Finally, a workshop of the Hungarian and Croatian research team was held at the Institute of Art History, where the Hungarian guests were received by the deputy director, Ivana Haničar Buljan. The visit was also an opportunity to exchange scientific and professional publications.